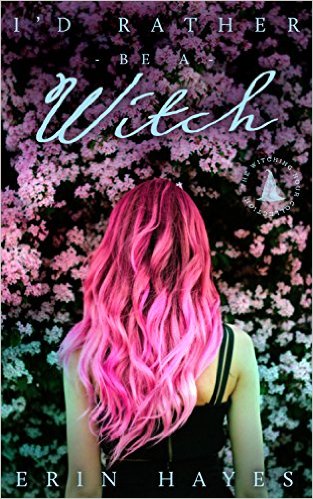 Jordyn wasn’t careful with what she wished for.

After making a reckless choice that destroyed her life and the life of her high school sweetheart, Jordyn fled her small town to be a professional mermaid. Being around water suppresses her earth-based magic, something she desperately needs.

Yet Jordyn can’t suppress who she really is – a witch.

When she learns that her mother is dying of cancer, she returns home. But it isn’t until people end up dead and everyone points fingers that she realizes her past is coming back to haunt her. Because her ex-boyfriend Zach has been waiting for her. And he hasn’t forgotten how she brought him back to life that night three years ago.

Jordyn will finally have to embrace being a witch to learn the truth. And it will change her life forever.

** I’d Rather be a Witch is a tie-in with How to be a Mermaid. It uses some of the same characters and can be read as a standalone or a complement to it. ** 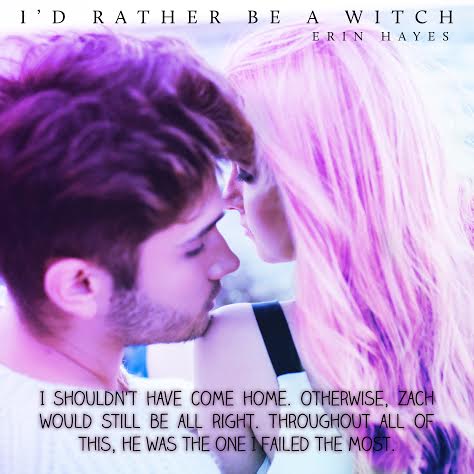 My eyes snapped open at the noise on my window. Cold dread filled me, making it hard to breathe. No.

I could ignore it. Hope that it wasn’t him. If it was him, I could hope that he’d give up and go home. Except, deep down I knew that he wouldn’t, not until I spoke with him. Until then, he was going to keep it up, and it was only going to get more insistent until he got a response.

My decision was made. I wrapped my comforter around me and went to the dormer window. I held my breath as I parted the curtains and looked down.

At first, I didn’t see anything. The backyard to my mom’s house is small, with a wall of flowers separating it from Mr. Samson’s yard. But then, another pebble hit the glass, making me shriek. Then I saw movement below.

Zachary Harington looking up at me. Expecting me. Waiting for me. 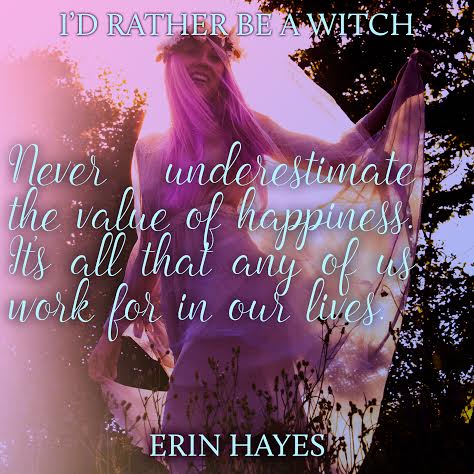 Sci-fi junkie, video game nerd, and wannabe manga artist Erin Hayes writes a lot of things. Sometimes she writes books, like the fantasy mystery novel Death is but a Dream, the sci-fi middle grade book Jacob Smith is Incredibly Average, and the Her Wolf paranormal series.

She works as an advertising copywriter during the day, and she moonlights as an author. She has lived in New Zealand, Texas, and now in Birmingham, Alabama with her husband, cat, and a growing collection of geek paraphernalia.

You can reach her at erinhayesbooks@gmail.com and she’ll be happy to chat. Especially if you want to debate Star Wars.